Professional proofreading services in Polish, Spanish, English and Lithuanian. Editing, proofreading, and verification of other translations. 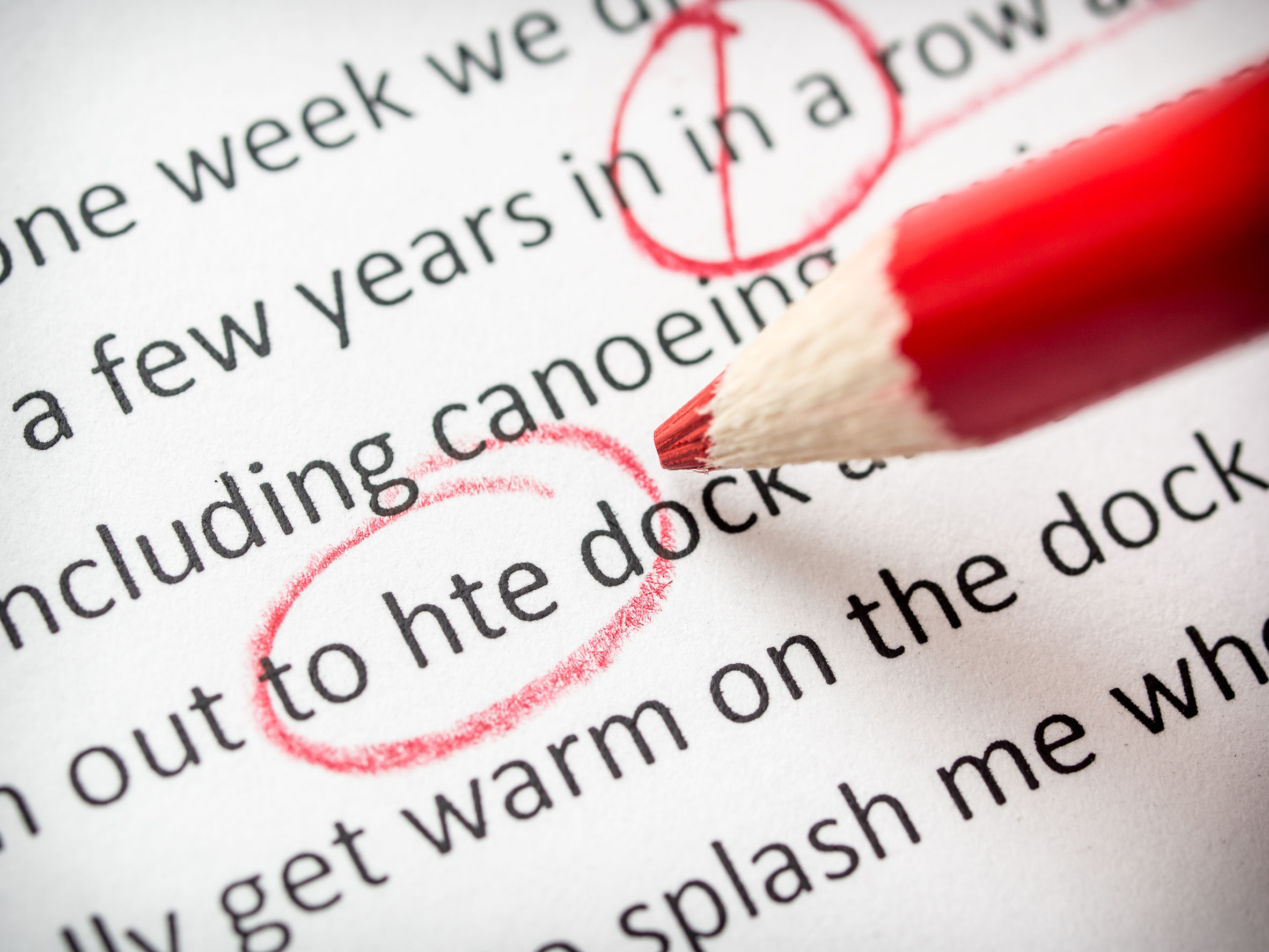 Do You Want to Be Absolutely Sure That Your Text Is Flawless?

The process of scanning a text for grammar, syntax, punctuation and spelling errors or inconsistencies, performed on a monolingual document. It does not include comparison between the source and the target language for translated documents.

Similarly to its everyday meaning, revision in language services is the process of comparing the source and the target texttext sentence by sentence and checked for accuracy, completeness, terminology, clarity, style, and register. Please note that editing is much more time-consuming than proofreading and consequently requires more time to perform.

Why is it essential to proofread your text before publishing it?

It is our nature as human beings to make mistakes, and only those who do nothing make no mistakes. Even the best translators and copywriters make mistakes.

Spelling, punctuation, grammar or other mistakes make the text look less professional and at some point can make it look very unprofessional, bringing about mental associations with low content-related value and low quality in general, making a poor impression on your customers and discouraging them from engaging with your brand or buying anything from you — in general, from trusting you and regarding you as a serious partner. Therefore, even though proofreading is a process that costs some time and often money to perform (if a paid service or done by a salaried employer), it is not optional but essential if you take your business, your brand and your customers seriously. It is indeed a matter of respect. It is thus extremely important to proofread the text before it goes to publishing and eventually reaches the readers’ eye.

I offer proofreading and editing services of texts translated in any direction among the Polish, Spanish, English, and Lithuanian languages within subjects fields I am familiar with. I use the “Track Changes” feature in editable documents, and in other documents I add comments or legends, so that you can clearly see the changes I have made.

If the translator and the editor

are the same person,

they will notice considerably fewer errors,

so it is advisable to entrust the other role

to a different specialist,

preferably one with an eye for detail.

In translation, are we allowed to correct the errors of the original?

We are dealing here not so much with a hard-and-fast rule, since there is no such rule as, “Always correct obvious mistakes,” or its inverse, “Do not touch anything in the original,” as with a specific situation in which to make a decision. Also in this sense translation is an art of making choices.

Personally, I believe that if the translator — not being the intended recipient of the text but one more person engaged in the creation of it — notices some obvious errors in the original that seem to disadvantage the client or the reader, the translator should not ignore them. In this situation, the translator should consult with the client, clarify and resolve all doubts and make sure that the message is properly conveyed and can be understood without fail. The translator should provide a translation that is error-free in the target language and — usually — meets the highest quality standards, unless for some reason fidelity of the translation from the perspective of its intended use requires errors to be reproduced (which is sometimes the case in legal translation or when translating exams or competition entries).

One notable exception to this rule is the translation of official documents, such as certificates, deeds, or diplomas. In those cases if there are typos in the original, for example my name “Magdalena” is written as “Magdalen”, the translator has no right to correct them and must keep them as they are or else the translation will not be a faithful one for its purposes.  However, immediately after the error in the quotation insert the word “sic”, italicized and bracketed, and add a short explanation, for the avoidance of any doubts.

Examples of My Proofreading Work:

Both proofreading and editing can be charged by the hour, page, or word. The time needed depends primarily on the quality of the text. If the translation is really poor, it may be faster and cheaper to retranslate the text.

It is our pleasure to provide this reference on behalf of Miss MAGDALENA BARANOWSKA. Miss Baranowska has collaborated with this school as a translator from March 2010 to present. Miss Baranowska possesses special expertise in subjects such as legislation and technical documentation. She is very hard-working, qualified and motivated professional. The accuracy of her translations and the ability to work under deadline pressure deserve a special mentioning. I would also like to remark on her excellent relations with colleagues. I can without hesitation recommend Miss Baranowska for any translation job or any position that requires in-depth knowledge of Polish, Spanish and Lithuanian.